Paradoxes and Changes in the Discourse of Suburbanization: the Case of Ville d’Anjou

Historical analysis of the discourse of municipal political actors in Anjou. 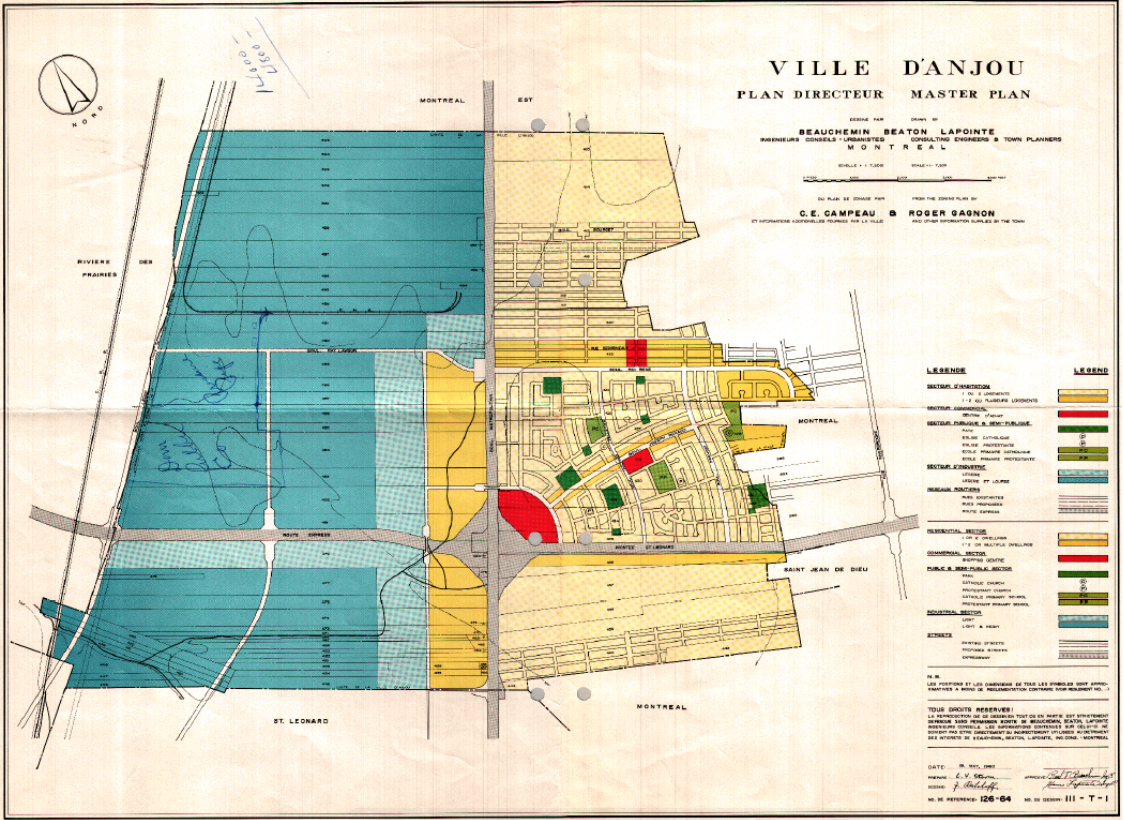 This project focuses on the rapid development of Anjou’s territory between 1956 and 1988. Through a study of local newspapers, we analyze the discourse of municipal political actors and attempt to situate Anjou in relation to the extensive research on
suburban development.

This project aims to assess the extent to which Anjou fits the model of the middle-class residential suburb forged in the scientific literature and to relate Anjou’s development to contemporary research on “edge cities” and the polycentric city. Founded in 1956, Anjou took advantage of the rapid modernization of Montreal’s highway system, including the completion of Metropolitan Boulevard and the construction of the Hippolyte-Lafontaine
Bridge-Tunnel and Highway 25, to grow rapidly, from approximately 2,140 inhabitants in 1956 to 33,395 in 1971. Yet, while Anjou successfully attracted many affluent commuters, certain key features of its development were at odds with the suburban-dormitory model: the massive presence of
heavy industry, the ambition to compete with the downtown area in terms of commercial and cultural infrastructure, and the existence of lively partisan debates in the local political sphere. Through a study of local newspapers, this project aims to document the discourse of municipal political actors on these three dimensions in order to refine the understanding of North American suburban development in the post-war period and to historicize current models of “edge cities” and polycentric cities.

No publication to display for the moment

No member to display for the moment