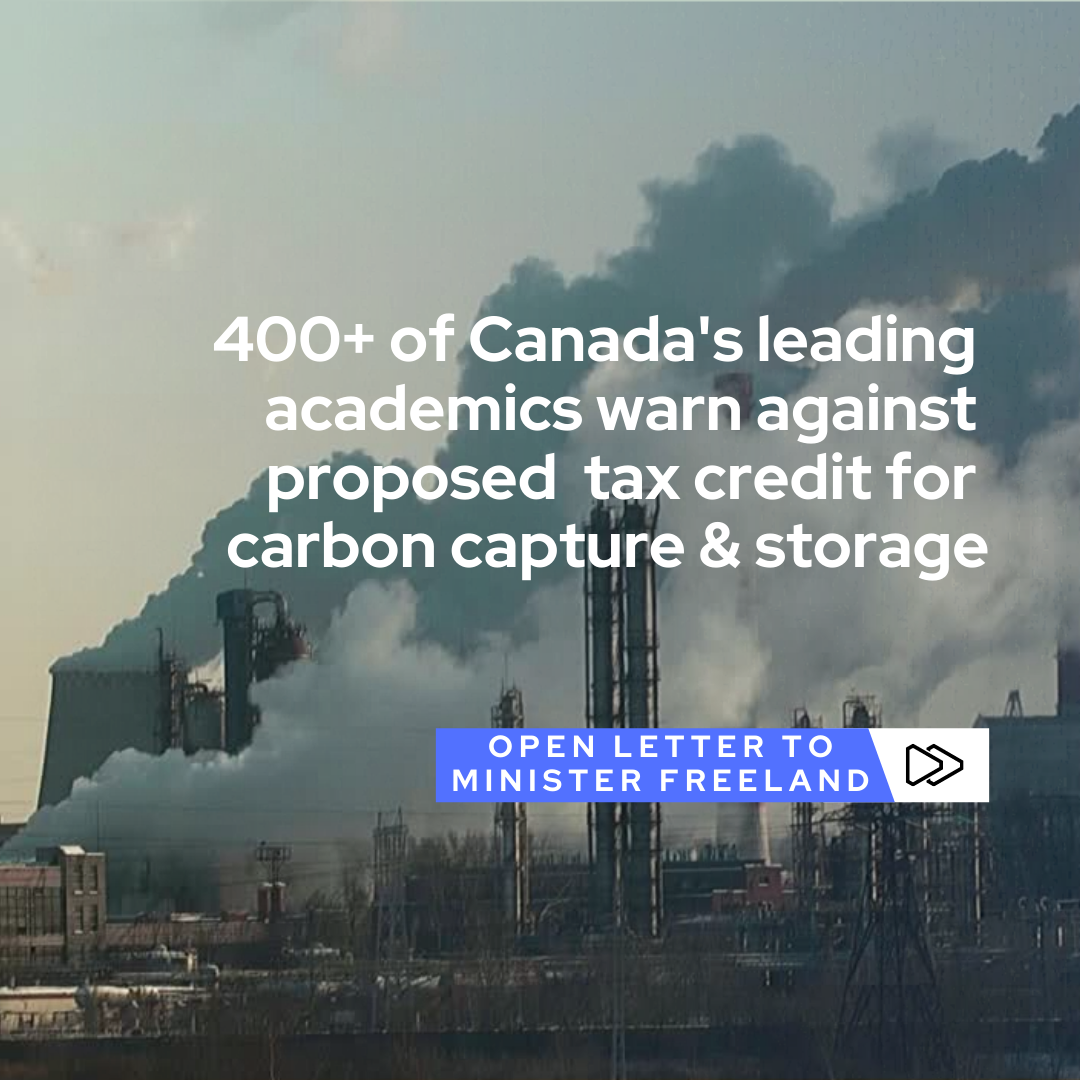 “Canada’s plans to introduce a tax credit for carbon capture in the country’s oil patch would amount to a fossil fuel subsidy for an ineffective technology, a group of academics said in a letter to the deputy prime minister.

Carbon capture, where the carbon dioxide from oil and gas production facilities is sequestered and injected back into the ground, is economically unsound and has a “terrible track record” of delivering emissions reductions, the Canadian academics and scientists said in their letter to Chrystia Freeland. The money would amount to a subsidy for the fossil fuel industry that would be better spent on renewable energy, electrification and energy efficiency. “