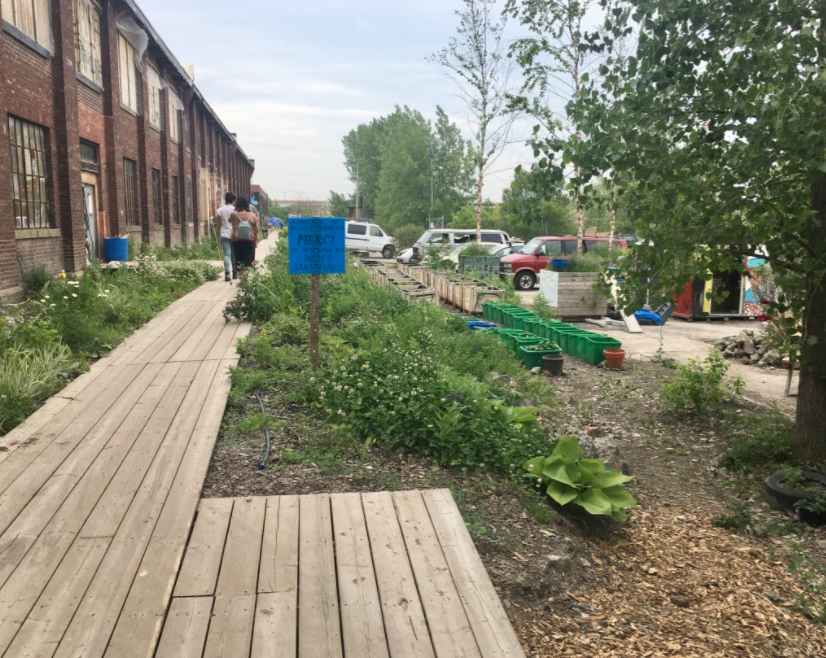 This research project, which is part of the Blue-Green Alley Researchers Committee, is a collaboration with the Blue-Green Alley Alliance and is led by Kregg Hetherington (Concordia University). Our involvement focuses on the social, governance and infrastructure perception issues raised by the blue-green alley experiment.

The Blue-Green Alleys project has been underway for several years and aims to respond to the problem of increasing episodes of intense precipitation in
Montreal by encouraging citizen participation, particularly in the choice and maintenance of vegetated landscaping in alleyways, which can help infiltrate water while greening the alleyway. Several researchers are involved in the process, which includes different research areas such as governance and social issues, hydrology, as well as financial profitability issues. Our involvement with K. Hetherington, Rafael Zigler and Kathryn Furlong focuses on the social, governance and infrastructure perception aspects raised by the blue-green alley experimentation, particularly on the challenges related to the fact that such projects disrupt the usual ways of doing things in the City, and rely on the participation of citizens and collectives.